The Art of Liberty Foundation, publisher of Understanding Our Slavery,  is raising a $50,000 seed round of funding to create a think tank focused on exposing our existing “political” problems as inter-generational organized crime controlling the “government” and media from a principled voluntaryist libertarian perspective.  The ultimate goal is an effort we call: The Pre-State Project which would drop 100,000 copies of Understanding Our Slavery, an upcoming companion book: Voluntaryism – How Real Freedom Leads to Harmony and Prosperity for All (printed as a 2-in-1 “swiss-flip” book where the back cover of UoSlavery is the front cover of Voluntaryism), Liberator flash drives, and a DVD of the vaccine-safety documentary Vaxxed in a single state supported by town hall meetings.  The goal is to widely expose organized crime’s control of “government” and their media propaganda system in a single State in an effort that would be impossible to ignore, garner millions in “earned media’, and ultimately lead to either a peaceful secession or wide-spread Gandhi/Martin Luther King-esque civil disobedience and tax non-compliance and creation of a true “Free State” and laboratory for transitioning from government monopoly services to free-market alternatives.  After the $50,000 seed round we would raise a $500K “A” Round that would include a $150K 12,000 copy test mailing and town hall campaign in a single community in New Hampshire.  Please read our entire Executive Summary Here: https://www.scribd.com/document/386192564/Art-of-Liberty-Foundation-Pre-State-Project-Executive-Summary-December-2018?secret_password=CNxjzPdOKO1ASJgy8LIp

You can make a recurring donation through BitBacker.io Here: https://bitbacker.io/user/art_of_liberty_foundation/

You can make one-time donations using the QR Codes Below.
Please contact us directly to coordinate large donations @ UoSlavery[at]ProtonMail.com 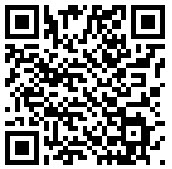 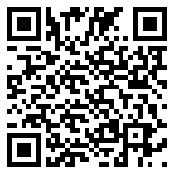