Understanding Our Slavery has been "Rebranded and Expanded" to: "Government" - The Biggest Scam in History... Exposed! 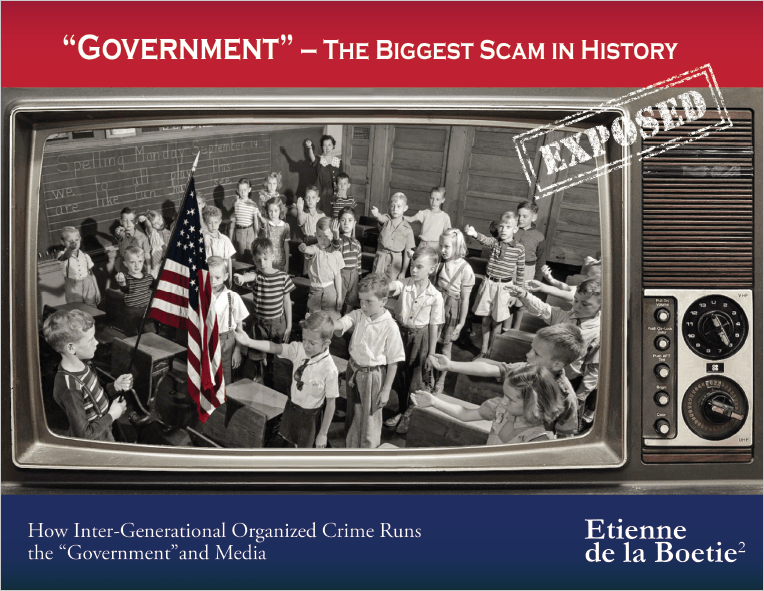 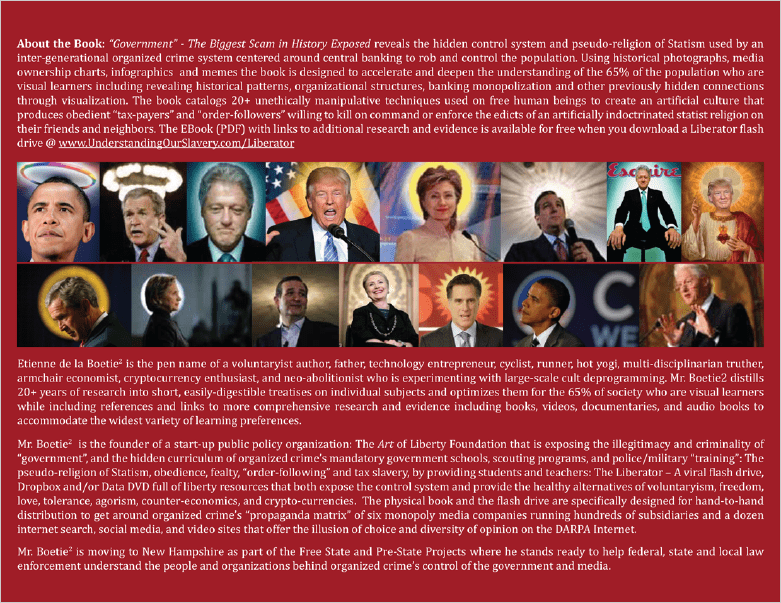 Understanding Our Slavery exposes the hidden control system and pseudo-religion of Statism used by organized crime interests centered around banking and central banking to manage the population. Using historical photographs, memes, and infographics the book is designed to accelerate and deepen the understanding of the 65% of the population who are visual learners. The book catalogs 20+ techniques used by the Nazis, Soviet Union, East Germany and the United States to take free, sentient children and indoctrinate them into a worldview that produces obedient “tax-payers” and classic “shave-headed cult members” willing to kill foreigners on command or enforce on their fellow tax slaves.

The Good News:  You are a free human being!  Just because you were born on one-side or another of an imaginary line (a “border”) doesn’t make you an “American” or a “Canadian” the same way just because you were born in South Central or Compton doesn’t make you a “Crip” or a “Blood” and you don’t owe ½ your income to organized crime using the same cult indoctrination techniques as the Nazis and Soviets.